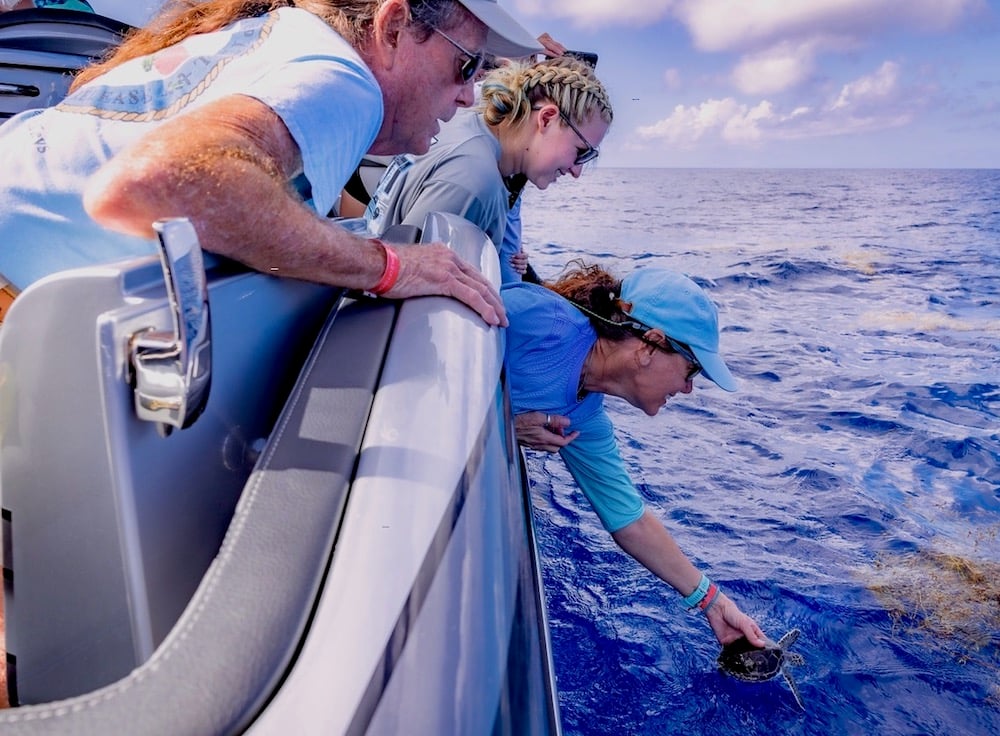 During the RWO Key West World Championship week, Race World Offshore helped support another offshore cause. Bringing together an opportunity from the local turtle hospital, well known offshore racer, Taylor Scism, from TS Motorsports/MTI helped release rescued sea turtles back into the ocean. The turtles had been found during Hurricane Ian last month and were being taken care of by the Turtle Hospital. Continue reading to learn more about these combined efforts to save the turtles!

A group of 15 young rescued sea turtles (one of them a tiny baby) was recently released in Gulf Stream waters off Key West by a dedicated duo from the Florida Keys-based Turtle Hospital — and they were assisted in this worthy endeavor by members of a powerboat racing team who were on the island to compete in the sport’s world championship.

The turtles were carried to the release point by a fleet mate of the 39-foot TS Motorsports MTI powerboat that was competing in the 450R Factory Stock class in Race World Offshore’s 2022 Offshore World Championship. Helping with the release were Taylor Scism, driver of the boat during the championship series; her father Randy Scism, a veteran powerboat racer; Captain Jack Carlson; and Turtle Hospital founder and director Richie Moretti.

The world’s first veterinary facility of its kind, the Turtle Hospital has been rescuing, rehabilitating and returning turtles to the wild for over 30 years. It’s located in Marathon, at mile marker 48.5 on the Florida Keys Overseas Highway, and visiting it provides an inspiring example of environmental passion in action.