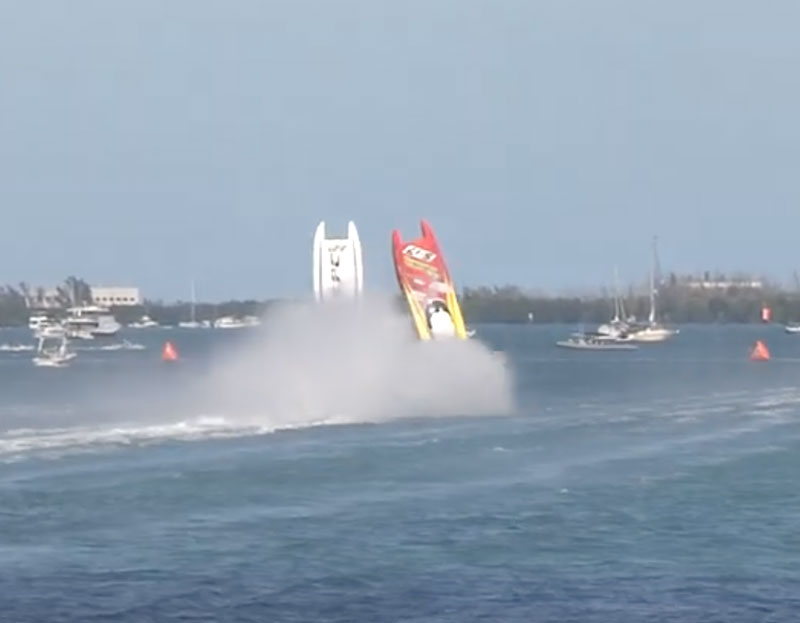 The two racers from boat S-17, Team Allen Lawn Care, were checked out on the scene after their crash during Wednesday’s Super Stock race at the RWO Offshore World Championships.

Billy Allen (throttleman) was checked out on the scene and had no injuries.

Larry Pinegar (driver), was admitted and released from the hospital after evaluation of neck pain.

In boat LPC, #S-27, Loren Peters (driver) was admitted and released from the hospital with a bad ankle sprain.

Mike Wright (throttleman) was admitted and released from the hospital with lacerations over both lower legs.

All four racers extricated themselves from the boats following the accident and were all conscious and alert.