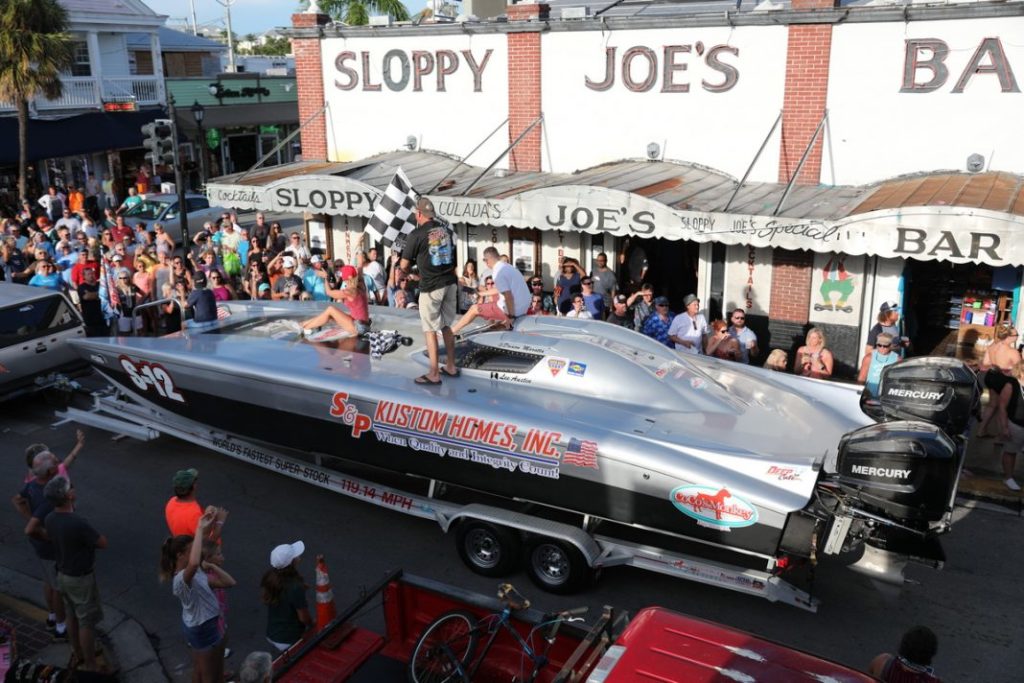 We are hard at work preparing for Key West and are excited for what’s ahead. RWO founder, Larry Bleil, provides comments in a recent interview with Poker Runs America with information on what teams and fans can expect and some unique changes for this year’s race. Read the article below and click here for more KW details!

Race World Offshore signed a five-year contract with the City of Key West, Florida, to start producing the Key West Championships in November.

Larry Bleil, president of the Race World Offshore, said the agreement was signed last week and his group is already deep into planning for the race, November 3-10. RWO won the rights to produce the offshore race in May after beating out proposals from Offshore Powerboat Association and Super Boat International, which had previously produced the race.

“It’s been a dream of mine since I’ve been involved with this for the last 10 or so years,” Bleil said. “Key West has to be the pinnacle of races and it just hasn’t been that way. It’s time to get the glamor, the glory, the fun back into it.”

This Key West race will be open to all APBA classes and race organizations, Bleil said. The group is cutting fees so teams only have to register for the Key West Championship and not join the race organization for year. He estimates the fees are 40 to 50 percent less than racers were charged in 2018.

“I thought all along that the cost of racing was too expensive with the boat fees and all the fees and everything that’s being charged. It’s expensive enough for teams to come down and race,” Bleil said, adding, “We’re doing a normal registration fee and that’s it.”

During the race week, RWO is staging a major concert on November 7 in Truman Waterfront Park. Bleil wouldn’t disclose the country act but said it will be announced in about 30 days. The group also plans to use the stage to recognize the winners immediately after each race on Wednesday, Friday and Sunday.

Some other changes in store include reversing the racecourse direction so the start will be in front of the Outer-Mole. Bleil said they are creating a Super VIP section at the end of the mole with an open bar and lounge seating.

“We want to go high-class, first class,” he said. “That’s what I wanted to do from the beginning and that’s what we’re going to do even though we’ve only got four months to put it all together.”

RWO will continue the Friday night Duval Street Party but earlier in the day will offer a parade of boats with Florida Powerboat Club. Bleil said it was important for both groups to work together. “There’s always been a wall between the organizations,” Bleil said. “You guys are there and we’re over here. Well, that’s not going to be any more.”

“It takes more than one person, it takes a team to make this work, a big team,” he said. “We’ve got a good group of people now.”

A special thanks to Jeff Gerardi and Lee Kuhlman for the great photography during the Key West race week. Any image requests can be purchased through them directly.