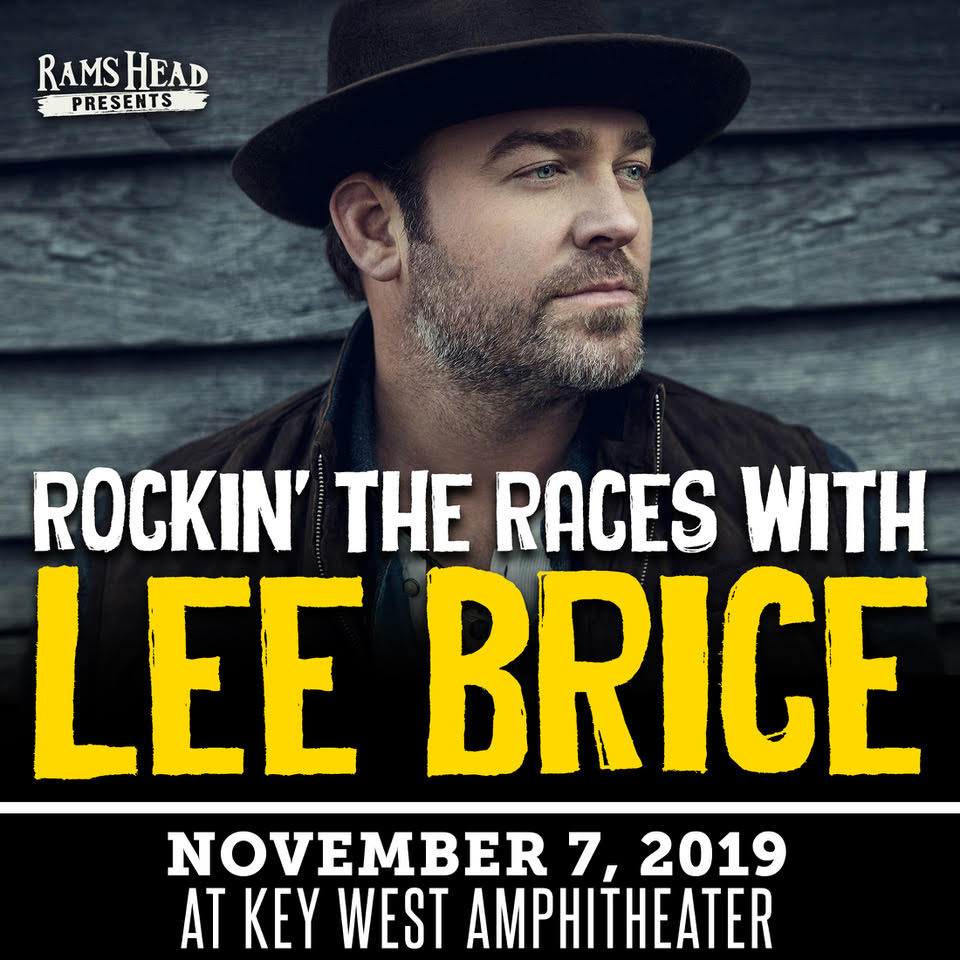 Race World Offshore with Rams Head, Key West Concert Series is excited to announce Country Super Star, Lee Brice as the musical entertainment Thursday night in the race village during race week in Key West. Get your 3 Day VIP package and get access to the concert. Truman Waterfront Park Amphitheater will be the backdrop for the Thursday night concert along with RWO’s Championship Awards Ceremony immediately after the race on Sunday.

When Lee Brice isn’t selling out arenas, writing and recording songs, or building a new brand like American Born whiskey—you’ll find him with his wife Sara, two boys Takoda and Ryker , and daughter Trulee Nanette. With more than 12 million in RIAA certified sales, Lee has achieved Gold and Platinum on every album and single released. He is now among the Top 25 most-streamed country artists of all time on Pandora, is only the second country artist behind Keith Urban to receive the Pandora Billionaire plaque and puts Lee in company with not only Urban, but legends including Johnny Cash and Fleetwood Mac, and pop phenoms such as John Legend. Lee is a GRAMMY nominee, a CMA nominee and a double ACM award winner. We are so excited to have Lee Brice here with us.

Click here for more information on the concert series