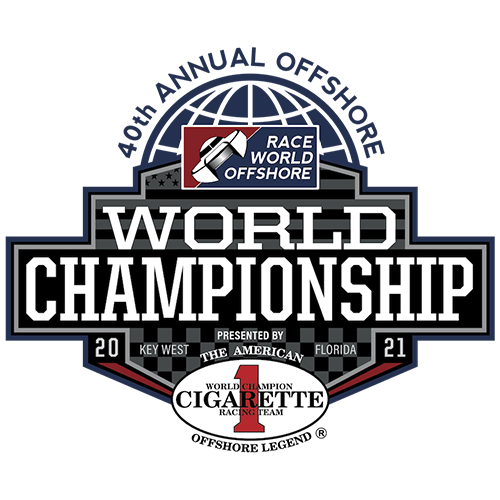 Cigarette Racing Team will be the official presenting sponsor of the famed World Championship offshore powerboat racing event being held this November 7th – 14th, 2021 in Key West, Florida. Fans will get to see the newest official Cigarette Racing pace boats, stunning race ambassadors, iconic boats on display during the Friday night street party, and much more. While the agreement extends well beyond just the sponsorship of the World Championships in Key West, both RWO and Cigarette Racing are excited about the new opportunities for racing going forward.

Billionaire John H. Ruiz, in partnership with Lionheart Capital, led by Founder and CEO, Ophir Sternberg, are bringing the iconic Cigarette Racing brand back to offshore racing in a big way. The new co-owners of Cigarette Racing Team, while hugely successful in their own right, see the opportunities and excitement with their involvement of this great American brand in offshore powerboat racing.

“For Cigarette Racing and our entire team, we are looking forward to the World Championships in Key West and more importantly the new events and opportunities in the coming years. Offshore powerboat racing brings excitement from around the world and as a global brand, we look forward to expanding those relationships and cultivating new ones. The history of Cigarette and offshore racing goes back so many decades and to now have the opportunity to be a part of the nostalgia, and at the same time amplify our goals for Cigarette is very exciting,” comments Ruiz.

RWO is excited about the new five-year agreement and what it means to the sport of offshore powerboat racing. “There is no question that when you say powerboat racing it is historically synonymous with the famed brand ‘Cigarette’. When John and I recently met, we both seemed equally excited about the fast-approaching World Championships and how we could work together in coming years,” commented Larry Bleil, founder and owner of RWO. “It’s very exciting to see where this sport can go in the future and how this vast community of performance boating and offshore racing will be influenced by the great people at Cigarette Racing.”

Bleil continues, “I have said many times over the years this is something our sport has needed, and to have the most iconic brand involved, is even better. On behalf of myself, Rodrick Cox, and the entire Race World team, we are looking forward to an exciting time.”

Additional details were not available at the time of release, but expect further announcements at the RWO Offshore World Championships presented by Cigarette Racing this November.

Cigarette Racing Team
Cigarette as a lifestyle is visible on the greatest waterways around the world and yet remains headquartered in Miami, Florida, not far from its infamous beginnings Thunderboat Row, on 188th street. Cigarette Racing powerboats range from $600K to $3.5M.