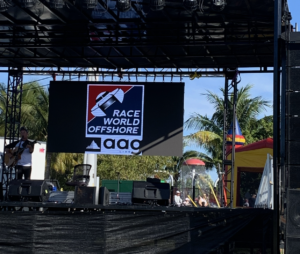 Key West, Florida has become a hot spot for all go-fast boaters and it recently celebrated its 200th birthday! RWO was proud to sponsor the 2022 Key West Bicentennial Bash as locals and visitors celebrated in style with musical performances, festivals and fireworks shows.

The history of Key West began 200 years ago when John W, Simonton purchased Key West and declared it American soil. This land acquisition was the beginning of an amazing city, therefore it needed to be celebrated for it growth.

The event had a great turnout and had activities for people of all ages. The bicentennial celebration hosted the Key West Heritage Festival that had the people of Key West create a time capsule for the city to open in fifty years. The city also hosted a gala where more than 200 tickets were sold. There was an abundance of performances packed with local music and historic talks. To celebrate even further, the event ended with an environmentally friendly drone fireworks show!

Race World Offshore was a proud sponsor of the bicentennial celebration and had its very own stage filled with hours worth of entertainment. Alongside the stage, there were impressive powerboats on display for the public to admire. It was important Race World was present to demonstrate the big role that Key West plays in the racing world and to show our support to a city we love.